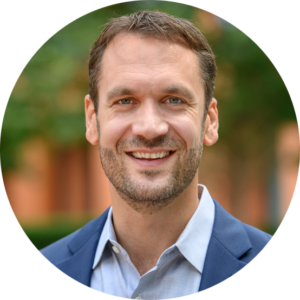 Kasper Roet, PhD, is CEO and co-founder of QurAlis Corporation. He is also co-founder and serves on the board of directors of EnClear Therapies. Kasper is a passionate neuroscientist and therapy developer who specializes in gene therapies and stem cell technology-based precision medicine solutions for amyotrophic lateral sclerosis (ALS) and other neurodegenerative diseases. Kasper’s work at the Netherlands Brain Bank emphasized the need for effective treatments for patients and their families.

Upon seeing the incredible achievements in stem cell modeling and gene discoveries in ALS, Kasper realized that this is the time to make a real difference for patients.  He decided to move to Boston from the Netherlands with his wife, and work with two visionary leaders in ALS stem cell disease modeling, Harvard professors Clifford Woolf and Kevin Eggan with whom he co-founded QurAlis to bring breakthrough precision therapies for ALS and other neurodegenerative diseases. Kasper was trained by industry thought leaders at Johnson and Johnson along with forward-thinking scientific and business thought leaders at Harvard University. Kasper obtained his PhD degree at the Netherlands Institute for Neuroscience and the Free University of Amsterdam and obtained a master’s degree with honors from the University of Amsterdam. Kasper was awarded the Milton Safenowitz postdoctoral fellowship from the ALS Association. With QurAlis, Kasper won two Golden Tickets (Amgen 2017 and Pfizer 2018), became a JLabs member in 2018, and won the Fierce15 Biotech award in 2020.