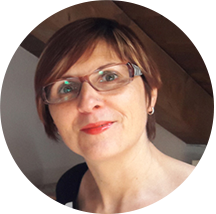 After obtaining a Neurobiology PhD degree (2004), Serena Carra worked until 2007 as post-doc in the Professor Landry lab (Canada), where she discovered the HSPB8-BAG3-HSP70 complex and its role in targeting misfolded proteins to autophagy.

From 2007-2011, Dr. Carra worked in the Prof. Kampinga lab (The Netherlands) as Senior Scientist and Assistant Professor; there she continued her studies on the protective role of HSPB8-BAG3-HSP70 in neurodegeneration.

In 2011, Dr. Carra received the Rita Levi Montalcini Prize and moved to the University of Modena and Reggio Emilia (Italy), where she became Associate Professor (2015) and studies how proteostasis deficiencies affect cell vitality.